In 2007, as Peter Freissle flight crossed the Pacific Ocean, the overflow of what God was doing in his life spilled onto the CEO seated next to him. Peter shared his business card and explained how God had transformed the why and how of his business. Testimony after testimony from Peter brought a consistent response from the hotel executive: “You can’t do that and run a successful business!” Peter knew differently, but the question became…

How could he help this leader and others like him break through these perceived barriers?

From the conversation on that flight there was a prompting in Peter’s heart, combined with a sense that God had given him and Polydeck a gift. This was a gift that was not to be kept to themselves. Peter was stirred by Jesus’ calling for believers to be salt and light…to not hide their light under a bowl, but to put it on a stand so it gives light to others. His prayers over the next couple of months sought guidance on how to share God’s gift of love and care with other business leaders.
While the 2008 New Year rang in, Peter continued to sense God’s calling to help others on a similar journey as his, but the question remained…how? To help with that question, he set up a lunch meeting with a friend––Scott Gajewsky. Peter first met Scott during a presentation to recruit Peter’s church to get involved in the start-up of a ministry to help homeless families. On that October evening in 2004, Scott not only got support from the church to launch the ministry but a partnership began between Scott and Peter. A partnership grounded in a shared growing relationship with Christ and a responding motivation to help God’s people in need. Over the next four years, they worked closely together on the homeless family ministry, and during side conversations Peter shared with Scott what God was doing at Polydeck.

In 2005, during a similar “parking lot conversation” Scott recommended the services of Corporate Chaplains of America to Peter. Listening to Peter share his heart and vision over lunch that January day in 2008, Scott was struck with the realization of how God had amazingly been preparing him for “such a time as this.” Over the past nine years, God had been blending Scott’s twenty-six years of business leadership experiences with his growing personal relationship with Christ and a passion to live out his faith in all areas of his life. This blending of his work-life with ministry came to life for Scott in 1999 during several significant challenges in his early leadership role as Division Director of a printing plant in St. Petersburg, Florida.

An accidental death of an employee at Scott’s plant brought him abruptly to the realization that he was not equipped to face this tragedy. As Scott drove to meet Buddy’s family at the hospital, he cried out, “Father, help me, I do not know what to do.” God answered in an inaudible whisper, “Focus on My people.” A personal relationship with God came to life for Scott that day as reliance on his self was found empty, and he experienced the mighty hand of his Lord now guiding his way.

During the tragedy of Buddy’s death, God revealed a new mission field to Scott––his workplace.

God was calling him to “focus on all of his people”, not just his wife and daughters, but his employees and their families as well. During the second half of 1999, pressures to meet plant performance expectations mounted. Scott faced a new potential death experience, the death of his job. He knew his team could improve but he was not confident in his leadership style to help get them there. In desperation, he was tempted to try the “dictator” leadership style of…set goals then scream, threaten, fire and rehire if the goals are not meet. It was not the style that proved successful for him in the past, but time was running out. On the verge of a nervous breakdown and once again coming to the end of himself and his abilities, Scott sought God’s help. God answered this time through a book.

During a trip back to Tampa after a “rough” meeting at the corporate office in Chicago, Scott grabbed a new release at an airport bookstore entitled, Leadership by the Book. He recognized the authors, Ken Blanchard, Bill Hybels, and Phil Hodges, but it was not until after take-off that Scott realized “the Book” was the Bible. As he read on, the Servant Leader model of Jesus came to life for the first time. Scott’s previously compartmentalized “religion” was now being transformed into a 24/7 relationship with his Lord and Savior Jesus Christ. Guided by his Servant Leader coach, Jesus, he successfully led the plant’s performance turnaround in his new mission field, his workplace.

Scott’s mind returned to his lunch conversation with Peter and the questions at hand:

• How do we help other Christian business leaders love God and love God’s people in their workplace by creating an environment where Christian values and virtues are truly lived out?
• How do we help folks take what they learn on Sundays at Church (or through books or seminars) and apply it to how they live Monday through Saturday?
• How do we help people in the workplace display the love of Christ and declare Jesus as the source of that love in a non-threatening manner?
• How do we help leaders navigate the “fears” associated with making these God glorifying changes in their workplace?
• How do you help leaders develop and implement a “Ministry Plan” or “Caring Plan” for their organization?
• How do we utilize all the excellent workplace ministry tools already available by helping get them in the hands of folks who are seeking to change?
• How do we help knock down implementation barriers, including costs, by offering coaching services for no required fee?

Over the next three months, with much prayer and guidance from Godly leaders in the workplace ministry movement, the non-profit ministry, “His Way At Work” was birthed to try and address all those questions/opportunities listed above. It was officially launched on March 31, 2008 with Scott serving as its Executive Director & Workplace Ministry Coach. 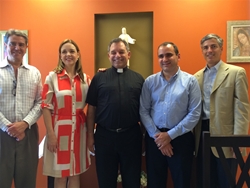 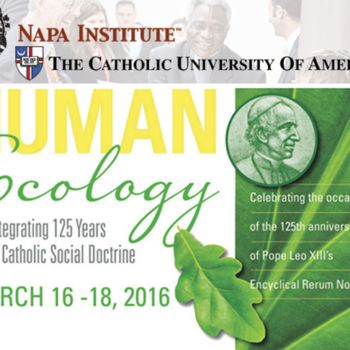