When God speaks, we don’t often listen fully. It took a near-total life failure for Scott Barr to realize it was time to hand over all he had to the Lord and truly begin serving Him. Once he realized this was his calling, he was all in. He now viewed his business as a means of funding ministry efforts, not a profit generator for personal gain. The changes he established did more than change his company. They changed him.

Southwest Exteriors has changed ownership a few times. When Scott Barr became the business’s leader, he was in a rough place. He lost a close family member, was going through a divorce, and was facing a complete business failure. His brokenness in this season changed the trajectory of not just his business, but his life.

He returned to church, years after he turned away from the Lord. Then, he joined a local leadership ministry, which is where his path ahead started to become clear.

Over a decade later, Scott finally decided to flip everything on its head. His business was no longer going to be just his. He was going to convert it to a new team-led model. He would use this business to fund ministries to develop kingdom leaders. He would no longer be the owner—he’d become a steward of the resources God placed at his feet.

In addition to some other resources, Scott needed to partner with a structured system to help achieve his goal. A roadmap with sustainable processes and a rock-solid foundation upon which to rebuild this sensational new business was crucial. Most important was a partner to help him make it happen.

How we shaped the culture.

By implementing the His Way At Work operating system, Scott was able to spread the duty of caring to the rest of his team, who then followed and acted upon his vision. The result: a sustainable caring culture that’s done more than just increase company financials and reduce employee turnover. Hear Scott describe it in his own words below. 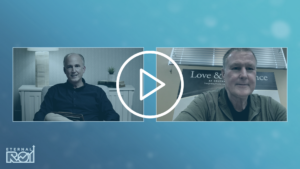 This culture has changed lives, including that of the Caring Team Manager, Ryan Houchen. Recounting the impact this culture has had on his life literally brought him to tears. That’s what God’s love can do. Hear Ryan’s touching firsthand account of Southwest Exteriors’s culture shift. 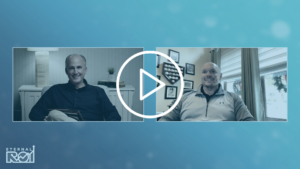 We are encouraged by the success we’ve seen and inspired by the stories of change.

His Way At Work’s system has brought a tangibility to what was only a really good idea. We get to leverage their community on our monthly calls, and then use that knowledge to better serve the needs within our company. It has been a game changer for our company culture.

With His Way At Work’s help, we have developed a Caring Team that is designed to take care of the physical, emotional, and spiritual needs of our team members. When one of our team members has a need, the Caring Team pulls together to help meet the need of the teammate under the direction of the leadership team.

Ready To Create A Caring Workplace?

If you want to create a more caring workplace where everyone feels valued and supported, we want to help.